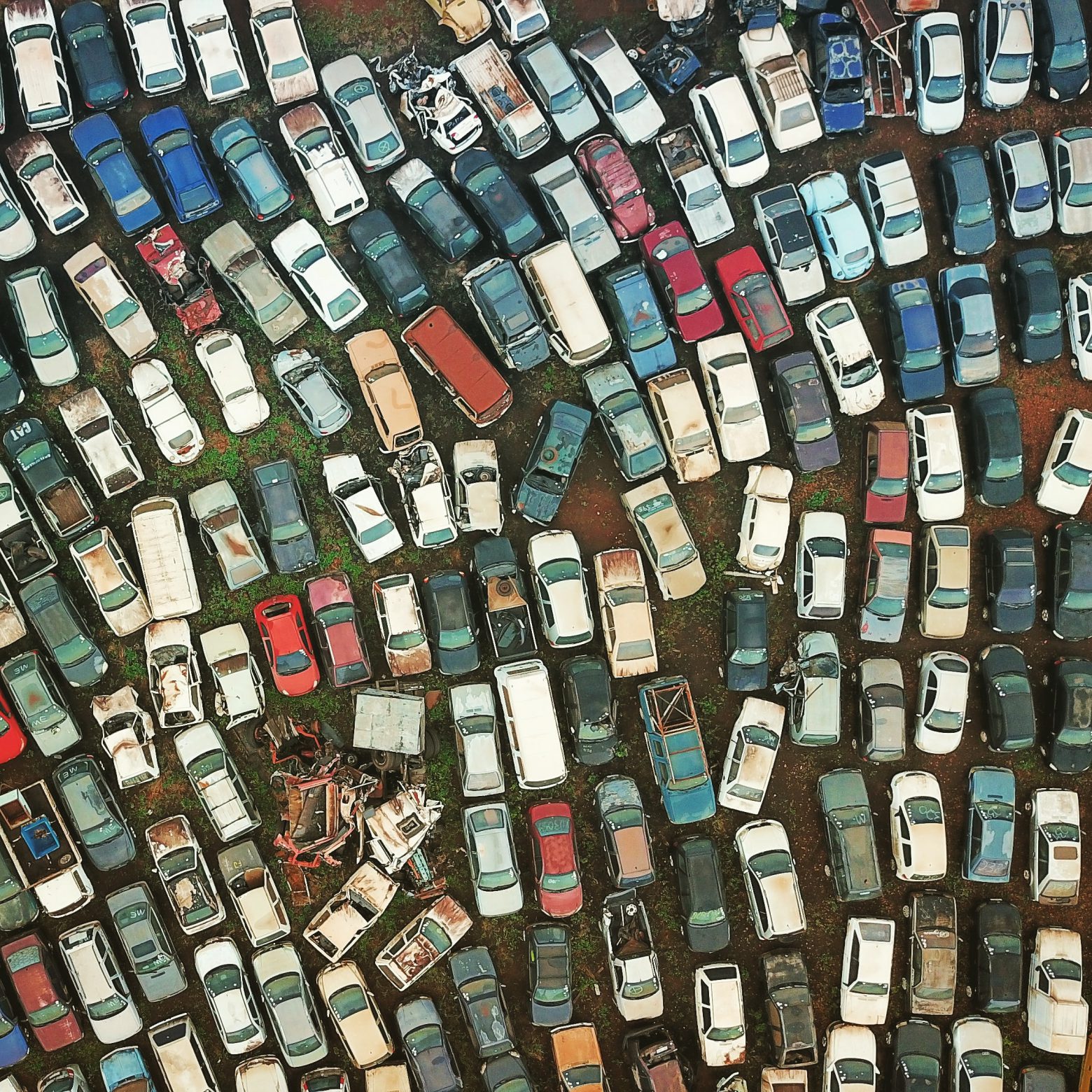 Today’s guest post comes from Carmen Adams, a master’s student at San Diego State University. Carmen contacted me and asked if she could share this less discussed topic with all of you.

Ideally, using public transportation and walking or biking for travel would be the norm for everyone, and no one would need to own a car.  After all, it’s better for the environment.  Much less people would be driving, and this in turn would reduce pollution.

But as much as we all wish we could grab our helmets and take a leisurely bike ride to work every day, that’s just not a reasonable possibility for many of us.  Public transportation isn’t as accessible or well-funded here as it is in Europe, and the infrastructure just isn’t bicycle friendly in all areas.  So, most of us drive cars.

The average American owns 12 cars in their lifetime.  That’s a lot of junk.

So where does that leave us?

Eventually (as in right now), it leaves us with a load of broken-down cars headed for landfills.  However, what many aren’t aware of is an old piece-of-junk car can be sold and recycled into new materials instead of left to leak and rust in a landfill. I got in contact with SellMax in Los Angeles, who supplied me with the following information about recycling vehicles.

What is vehicle recycling?

Vehicle recycling is defined as the dismantling of vehicles for spare parts. At the end of their useful life, vehicles still retain value as a source of spare parts, and this has created an entire industry devoted only to dismantling and recycling cars.

Around 80% of the material from these End-of-Life vehicles (ELVs) can be recycled – who knew?  When thinking about the demise of our cars, most of us picture them gutted out and rusting away in a landfill or collecting dust at the end of the driveway, but as it turns out, they can be recycled to save major resources and money.

Yeah, but why is vehicle recycling important?

The number of cars on the roads is increasing rapidly and each year more than 14 million vehicles reach their end-of-life value in the United States. Read that again… more than 14 million every year! And this waste is only going to increase exponentially over time unless we all work together and do something about it.

By recycling cars, not only can we reuse the materials salvaged from the ELVs, we can make new parts for less money.  Recycled steel is cheaper because it doesn’t require new ore to be mined to produce it.  If no new ore is needed, no labor needs to be spent mining it – saving time, money, and lives.  All steel produced today contains at least 25% recycled steel, and other products are made entirely from recycled steel.  Every year the vehicle recycling industry in the United States and Canada provides enough steel to produce roughly 13 million new vehicles.

Vehicle recycling is not only significantly cutting back on waste, it’s also cost effective.  It is the 16th largest industry in the United States and contributes $25 billion per year to the National GDP (Gross Domestic Product).  Basically, recycling vehicles adds a lot of money to our national wealth.

What can be recycled in a car?

Some may be surprised with what is recyclable in vehicles.  Metals like aluminum, steel, iron and lead can be recycled into other materials to make bicycles, home furnishings, metalwork, light fixtures, and of course new cars.  Wheels and tires can be recycled into hot melt asphalt (which makes roadways), playground components, railway lines, materials for shoes, and so much more.  Even the fluids like oil and gasoline can be filtered and used again.

Car batteries, the rock stars of recycling, are the most recycled consumer product in the world – over 37 million batteries have been recycled so far this year!   This was especially reassuring to learn, knowing how toxic car batteries are, and just how many there are in the United States alone.  Car batteries contain many different materials such as lead, acid, plastic and electrical wires, which can all be recycled and used in a wide variety of industrial and commercial applications.   When a car battery is not properly recycled, the lead, acid and mercury within gets deposited into the earth, lakes and streams, poisoning our ecosystem.

What is the process of vehicle recycling?

At the end of a car’s life, the owner can sell it to an auto-recycling facility, where it will go through the vehicle recycling process.  This process, while complicated, involves four basic steps: 1) a detailed inspection, 2) draining fluids and removing any remaining valuable parts, 3) selling and/or fixing the recovered auto parts, and 4) crushing and shredding whatever is left.

Vehicle recycling typically starts with an assessment of the vehicle for parts and the removal of the wheels and tires, battery and catalytic converter.  High-value items such as alternators, starter motors, infotainment systems (think screens, GPS and back-up cameras), etc. are removed if they can still be used or repaired, and liquids like oil and gas are filtered and reused.

Some parts can be reused as is, others are sold to auto-part re-manufacturers.   When all the recyclable components have been removed, the car body is crushed, shredded and packed, and the remains are sold to those who can utilize them.

One easy way to help is to use your car longer.  Be the average American that owns 10 cars in their lifetime, not 12!  Instead of buying a new convertible in cherry red, buy used whenever possible.  Repair Old Bessie instead of trading her in for a new model, and when she has reached the end, give her new life by selling her to an auto recycling facility.